In honour of the Royal Welsh...

The ROYAL WELSH Bridge in 's-Hertogenbosch, the Netherlands

The month of may is one of commemoration regarding WW II in NL.
It was on may 10-th 1940 that the Nazi's invaded our country.
When their 'Blitz' did not progress as planned, they bombed the sh*t out of Rotterdam

on may 14-th, almost wiping it off the face of the earth...
The Dutch - in fear that other towns would undergo the same fate - surrendered.

Almost exactly 5 years later - may 5-th 1945 - the German troops that were still occupying the northern part of NL,

surrendered to the allied.
Now that the whole of the country was free again, this date became our official 'liberation day'.

The southern part of the country (south of the river Rhine) had already been liberated in he autumn of 1944.
Mainly by British and Canadian troops.
Unfortunately the advance towards Germany came to a halt at Arnhem in september 1944.
Allied forces did not manage to conquer the bridge across the river Rhine at Arnhem, that would open the way into Germany

(a bridge too far !).
As a consequence the northern part of NL suffered a terrible harsh 'hunger winter' before they were liberated in may 1945.

But, being in the south, my hometown, 's-Hertogenbosch, was already liberated on October 27-th 1944 by British troops.
By Major General Ross's 53 Welsh Division (now The Royal Welsh), to be exact.
So next Ocober 27 (2019) the town will be celebrating the 75-th anniversary.
Beside representatives from the current Royal Welsh, there will be 2 or 3 survivors from the original Welsh division as well.
Some of these old soldiers are fortunately fit enough to come over to commemorate, though they must be well over 90 by now.

Some years ago a new road bridge was built, next to 2 existing railroad bridges, crossing the river Dieze and a road along it.
In honour of the brave soldiers, who freed the town from Nazi's in 1944, the bridge is called: The Royal Welsh brug.
Of the 146 men (some still boys) who were killed in the battle, all names, ages and dates of death

are displayed in the underpass of the bridge .
The youngest was 17(!) yrs old George Wheatley, the oldest was 39 yrs old Bernard Duckett.

The existing railroad bridges were renovated according to the new road bridge's design.
Below an impression of the bridge, the commemorative plaque and the roll of honour in the underpass.

Naming the bridge after the Welsh Division seems nothing more to me than a fitting tribute...

Pictures of the bridge that was named "The Royal Welsh brug" In honour of the 53 Welsh Division, liberators of the town in october 1944 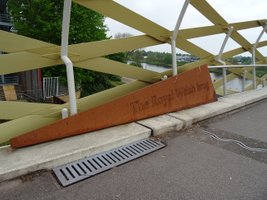 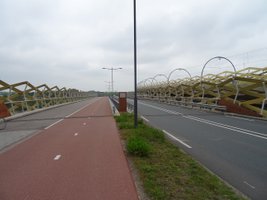 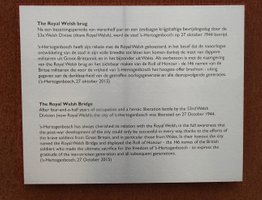 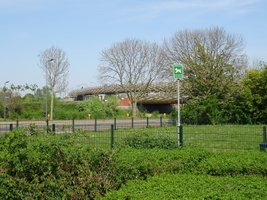 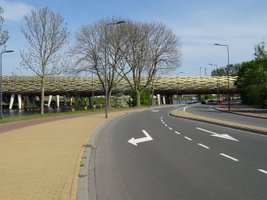 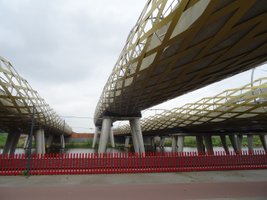 The Roll of Honour, starting around the corner.   Names in alphabetic order; Sidney Affleck  mentioned first. 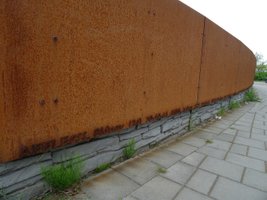 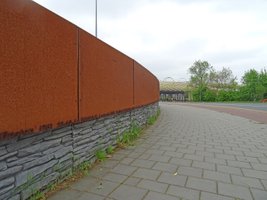 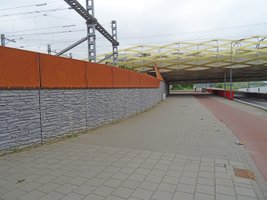 ...moving on under the underpass where another plaque was placed, for everyone passing to read.

Someone took the trouble to stick a few flowers on the plaque... Lest we forget.... 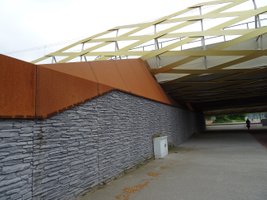 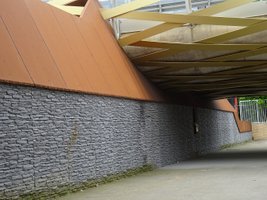 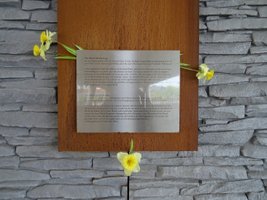 ...coming from under the underpass, Charles Woods and Charles Young are closing the line... 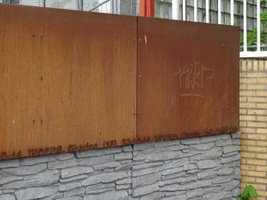 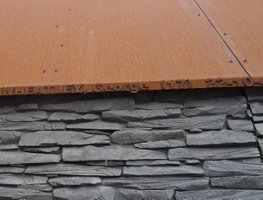 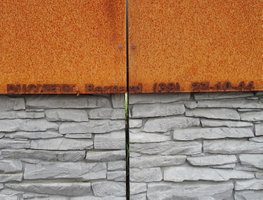 Reminds me, even if just in a flash, every time I cross or pass underneath of the brave men it was named after... 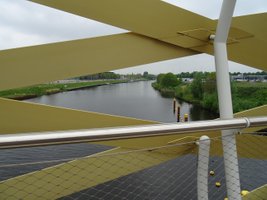 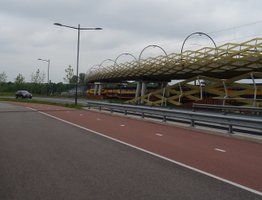